What Cardinal Pell needs to know

by Ettore Gotti Tedeschi
I have a question for Cardinal George Pell, who as prefect of the Secretariat for the Economy is supervising the reform of the finances of the Holy See. Your Eminence, are you sure you have been properly informed about the recent history of the Vatican bank, of which I was chairman from 2009 until I was dismissed after a vote of no confidence in 2012?
In an article for the Catholic Herald last month, Cardinal Pell explained why he believes that the finances of the Holy See are in good shape and everything is now under control. Indeed, he said that the Vatican’s financial
situation was much healthier than it seemed – because hundreds of millions of euros had come to light that were missing from the Vatican’s balance sheet.
The cardinal’s article will have reassured the faithful who make substantial financial sacrifices to support the Church. It will also have offered comfort to the many religious organisations that rely on such resources to make ends meet. Yet the article appeared to unsettle the Vatican’s spokesman, who said that there was “nothing illegal, illicit or poorly administered” about the money left off the balance sheet.
Cardinal Pell mentioned me by name in the article, noting that the last years of Benedict XVI’s pontificate were a troubled time for the Institute for the Works of Religion (IOR), commonly known as the Vatican bank. “The bank’s director, Dr Ettore Gotti Tedeschi, was sacked by the lay board,” he wrote, “and a power struggle in the Vatican resulted in the regular leaking of information.”
I would therefore like to present some thoughts that I hope will be helpful to the cardinal, as well as to the wider Church. I have kept silent for two and a half years since my ousting, but believe that now is the time to set some of the record straight.
Cardinal Pell is absolutely right when he says the Holy See has a strong desire to comply with international standards of financial transparency. That is exactly what Benedict XVI set out to achieve when he launched sweeping reforms of the Vatican’s finances.
These new standards are so important that I have described them as “the Lateran Treaty of the 21st century”. They aim to make the Holy See compliant with international financial norms that no major organisation can ignore after the events of September 11 2001, even for (alleged) reasons of confidentiality or secrecy. Benedict XVI asked me to attain this goal in an “exemplary” manner in order to guarantee the Church’s credibility as a universal moral authority. We launched this process with Cardinal Attilio Nicora, president of the Administration of the Patrimony of the Holy See, and leading experts both inside and outside the Vatican.
Cardinal Pell mentioned the famous seizure of €23 million (£18.3 million) of Vatican bank money by the Bank of Italy in his article. He said the money was frozen because “authorities supervising the Vatican bank did not move swiftly enough” to apply international laws against money laundering. The seizure happened soon after I was appointed chairman of the Vatican bank in 2009 and began to enact the reforms called for by Benedict XVI. Before I became chairman, the bank’s level of transparency was widely considered to be insufficient.
The seizure of the €23 million, and the subsequent investigation by the public prosecutor of Rome, were prompted by the lack of an anti-money laundering law, adequate anti-money laundering procedures in place and a dedicated authority supervising all financial transparency matters. These safeguards are required by all banks operating in countries on the so-called “white list” – that is, countries pledged to eradicate terrorism and money-laundering.
With the explicit approval of Cardinal Bertone, Secretary of State and the president of the Commission of Cardinals, I decided to let myself be questioned by Rome’s public prosecutor. This was an unusual step for a Vatican official, but we were determined to demonstrate that, from that moment on, we did not want to have anything to hide. Pope Benedict required nothing less than full transparency.
The seized money was released thanks to the ability and credibility of my lawyer Professor Paola Severino, who later became the Italian Minister of Justice. She was able to convince the public prosecutor of the Holy See’s determination to achieve three tangible results by the end of 2010: the approval of an anti-money laundering law, the introduction of stringent procedures at the Vatican bank and the creation of an overall supervisory body, the Vatican Financial Information Authority (AIF).
On December 31 2010 Benedict XVI signed the motu proprio ratifying the anti-money laundering law. He also established the AIF and appointed Cardinal Nicora as its chairman.
It may be difficult for Cardinal Pell to appreciate the effort, conflicts and difficulties that we faced in 2011 when we began to implement the anti-money laundering law and the AIF started its work. These efforts were recognised when Moneyval, the Council of Europe’s monitoring body, conducted its first pre-assessment in November 2011 and the results were very positive. Moneyval officials even expressed surprise at our commitment and efficiency.
I suspect that nobody has explained in detail to Cardinal Pell what happened immediately afterwards. In December 2011, straight after the positive visit by Moneyval, a new law was rushed in to amend the anti-money laundering legislation, as well as the role of AIF.

Cardinal Pell (Photo: CNS)
I was informed of the changes in January 2012 by the chairman of the AIF, but only after the new law had been drawn up. To cut a long story short, the key change was that the AIF ceased to be an independent body but came under the supervision of the Secretary of State, Cardinal Bertone.
The international banking system was very concerned by the immediate application of the new law and saw it as a change from the declared path of transparency and the tangible results promised. As a result, when Moneyval visited again in early 2012 it expressed misgivings about the situation – especially the AIF’s loss of independence. This was, of course, troubling to Cardinal Nicora, the advisory board of the AIF and to me. The AIF chairman wrote a memorandum of dissent and concern to Cardinal Bertone, which was then published by a major Italian newspaper.
Moneyval then issued its second pre-report, dated April 27 2012, and did indeed say that the Vatican had taken “a step backwards”. Has Cardinal Pell been made adequately aware of these events?
As a result of the legislative changes, the international banking system refused to work with the Vatican bank. Two major Italian banks conveyed their written concerns directly to me. Has Cardinal Pell had access to these documented explanations? Or, if he has been informed, does he consider these explanations to be unimportant?
Subsequently, the AIF chairman asked the Secretary of State to suspend the ratification of the changes, which were widely seen as erroneous and dangerous. Nevertheless, the changes were immediately ratified by the Secretariat of State almost a month before the formal deadline. I found this haste surprising and curious.
I would now like to clarify, for Cardinal Pell’s sake, the relationship between the Vatican bank and the so-called VatiLeaks scandal, in which a papal butler leaked sensitive Vatican documents to the media. An internal Vatican bank document (on the relationship between the AIF and IOR) and a document prepared by Cardinal Nicora for the Secretary of State were published in the Italian press.
I was accused of releasing the documents in order, I believe, to undermine my credibility. This was untrue and I asked for an immediate investigation. Nothing happened. It was later demonstrated that the documents were leaked by the Pope’s butler.
When I was subsequently ousted, nine reasons for my removal were offered. I believe the reasons were misleading. I was accused of neglecting my duties, not keeping the board informed and having a bad relationship with the management. One of the reasons also referred loosely to the leaking of the documents – which, as I’ve just said, were later proven to have been released by someone else.
Cardinal Pell also needs to be informed about what I consider to be the real reason behind the Vatican bank board’s vote of no confidence in me. In April 2012 the Commission of Cardinals reconfirmed my appointment, but on May 24 the board dismissed me. I believe the reason, which I have never been allowed to explain, was my decision to present the board with a plan that would have totally changed the role and governance of the bank. This change was absolutely necessary given all the previous events.
Anyway, Cardinal Pell may not know that the Commission of Cardinals did not ratify the board’s vote of no confidence in me. Some cardinals were supportive of my efforts and my professionalism, and refused to approve such a decision. Perhaps he also does not know that I was never allowed to respond in person to the nine points, despite multiple requests. The written note I prepared addressing each of the nine points was also never considered.
Cardinal Pell is well known both for his skills and his intellectual and moral honesty. That is why I am sure he never had access to the documents and the explanations that are essential to understanding the events that took place before his appointment in Rome.
Among those documents, I would highlight the following:
• Moneyval’s pre-report of April 2012 (see above);
• Several Deloitte reports of 2011, which refer to obstacles to the implementation of new procedures;
• The report on the reasons for the closure of the account of J P Morgan (March 2012).
If Cardinal Pell were able to read these documents he would grasp the responsibility that weighed on me during this period. My response to the nine reasons for the no-confidence vote would also convey to him the true depth of my suffering.
I would also like him to know how I reacted when I was left appalled by the lack of any action by the Secretariat of State. I would encourage the cardinal to read papal secretary Archbishop Georg Gänswein’s interview with Il Messaggero in October 2013, in which he said that Benedict XVI was “very surprised” at the no-confidence vote and held me “in high esteem”.
He should also inquire about what the Secretary of State told me personally on February 7 2013, on Benedict XVI’s behalf, regarding the pope’s decision to rehabilitate me immediately – a decision that was never implemented after Benedict XVI’s resignation.
Finally, I honestly think that Cardinal Pell should get to the bottom of four mysteries:
1) Who changed the Vatican’s anti-money laundering law in December 2011 and why?
2) Who really decided that I should be discharged from the lay board as chairman of the Vatican bank on May 24 2012, and why?
3) Who disregarded Benedict XVI’s decision in favour of my rehabilitation?
4) Who refused to question me about all the above facts? Who does not want to know my version of the truth and why?


Ettore Gotti Tedeschi was chairman of the Vatican bank from 2009 to 2012
He published the book "Amare Dio e fare soldi" with Fede & Cultura Press. 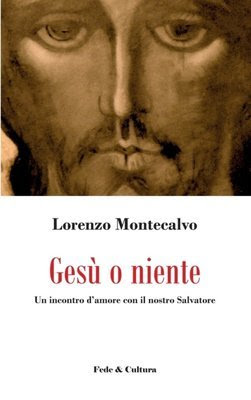 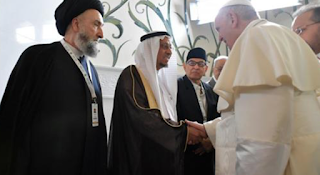